Publisher’s Note:  Russell is one of my favorite freedom voices in the blogosphere.  His perspective is well-informed and incisive.  He and I have unknowingly been charting parallel courses in advocacy of secession as the only means to achieve true freedom.  He was gracious enough to provide the following interview. Be sure to visit his always scintillating blog at DumpDC.  Enjoy. -BB

Russell, tell us about the journey.  Are you a native-born libertarian or is there a road you took to get there?  How far did you go?  Have you arrived at the logical conclusion of ethical anarchism?

I grew up in a Christian Republican home in West Michigan, son of a building END_OF_DOCUMENT_TOKEN_TO_BE_REPLACED

A friend of mine walked up to me one morning looking very upset. He was looking like he needed to get something off of his mind. I asked him what was wrong, and he said in a half joking, half serious tone, “well apparently I’m not a citizen of this country!”

Before I continue with the story I have to tell you the amazing tale of this man’s father. He was a soldier in WWII, and he fought at the battle of the bulge. In a German artillery bombardment, he had one of his legs blown off. As he lay there severely wounded, German soldiers approached him. Seeing this man was still alive, they raked him with automatic machine gun fire at point blank range. I’m not too sure how this man got out of there alive, his son told me that he didn’t remember much after he was shot up by the Germans, only that he remembered waking up in an American field hospital and thankful to be alive. He served with the 101st Airborne Division. Years later he was a foreign correspondent for the Voice of America. While covering the Vietnam conflict, his son, my friend, was born in Thailand. After he came back from Vietnam, he went to work for a newspaper out of Colorado.
My friend came into work one morning END_OF_DOCUMENT_TOKEN_TO_BE_REPLACED

The Shame of Veteran’s Day by Bill Buppert

“Happy Veterans Day and thank you for your service” or “thanks for protecting our freedom.”

What!  I hear this familiar refrain again and again every November.  I am appalled whenever this unthinking salutation is proffered.

I am a retired career Army officer and like USMC General Smedley Butler before me, I find these sentiments to be hogwash.

Don’t Be Such a Square: Insights From Libertopia by Chelsea Krafve

Note: I originally wrote this to post on the Students For Liberty blog. It got a great reception from my peers, so I thought I’d share it here as well!

Recently, I represented Students For Liberty at a conference that opened my eyes to a completely new side of libertarianism, Libertopia.

Having interned in DC this summer, I had the good fortune of attending quite a few pro-liberty conferences. However, I did not expect Libertopia’s unconventional and refreshing attitude towards a movement that some consider to be primarily political. For those of you who are unaware, Libertopia is an annual convention that appeals to libertarians with more voluntaryist and anarchist leanings. It takes place in San Diego and places a strong emphasis on using art, music, literature, and trade to eventually  END_OF_DOCUMENT_TOKEN_TO_BE_REPLACED

America’s War on the World: Back to the Future by Bill Buppert 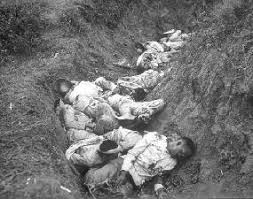 I just got finished reading two books on the emergence of American empire in the Pacific.  The War Lovers by Evan Thomas and The Imperial Cruise by James Brady both treat the influence of Theodore Roosevelt as the sin qua non of America’s imperial ambitions come to fruition at the end of the nineteenth century.  In 1898, we defeated the Spanish in their colonies in Cuba, Puerto Rico and the Philippines after the imaginary pretenses for the war were arranged.  We occupied and colonized these island nations and the barbarity visited on the Philippine peoples during these long conflicts was brutal and horrifying.

Here are some letter excerpts from END_OF_DOCUMENT_TOKEN_TO_BE_REPLACED